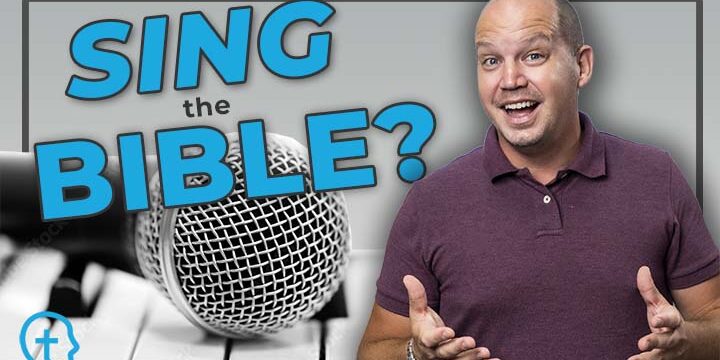 Memorizing the Bible (or anything for that matter) can be hard, tedious and frustrating. So it is incredibly important to EXPERIMENT and EXPLORE different techniques until you find the one that works best for you. In this video, Josh walks us through an interesting technique of using songs for extended portions of Scripture. Find out why music can be a powerful tool in memorizing Scripture!

In the end, we found out that his recitation with the New Testament was much more fluid than the Old Testament. It also only took him HALF the amount of time to memorize the books using a song than using the memory palace!

So…what is the REASON for this?

Music as a Tool for Memorization

Studies have shown that almost all of us are more likely to remember a text put to song as opposed to simply repeating it over and over again.

This is because music acts as a cataloging system. It contains timing, rhythms, and melody, which work as pegs on which the words you want to remember can be placed.

Music, is therefore, an UNQUESTIONABLY powerful tool to use in Scripture memorization. But if it’s that powerful, why don’t we use it more often?

Music as a Tool for Bible Memorization

There are two reasons why songs are rarely used in bible memorization:

I recently met a man named David Newquist, and I was struck with his passion in turning Scriptures into songs. As a young man, David was able to memorize psalm 119 with 176 verses. He did it by putting those words into music.

So, how EXACTLY does he go about putting scripture into songs?

David synthesizes a number of reliable translations to create what he calls a “Scriptural Hymnal”. This results to songs that are very well produced. In fact, even people whose first language isn’t English will be able to successfully sing!

A good portion of the New Testament has actually already been put to song and is available to be streamed for FREE on YouTube, Spotify, and the Word for Word Ministries website.

If this technique does not work for you, don’t worry! You can always try other techniques such as creating a memory palace.